Collaboration between the three regional IOOS Associations along the Pacific coast with shellfish growers and NOAA’s Ocean Acidification Program has led to ocean acidification variables being monitored on existing coastal buoys and within shellfish growers’ hatcheries and grow-out areas. Monitoring in real-time has allowed hatcheries to instantly detect corrosive conditions and react by buffering water or choosing a different time to intake sea water. This gave shellfish growers a strategy to avoid the impacts of acidified seawater moving forward. This workshop was also where industry members learned that they needed to know aragonite saturation state of the water, a measurement that helps indicate how at risk calcifying animals are from acidifying water.
Steele and other industry members saw how valuable this collaboration and information exchange was and wanted to keep the momentum going. This call for continued collaboration between industry and scientists led to the creation of the California Current Acidification Network (C-CAN).

Engaging industry members remains a top priority for C-CAN as they expand ocean acidification monitoring beyond measuring the chemistry of the seawater to include biological measurements as well, such as measuring abundance of phytoplankton, which make up the base of the ocean food web or shell dissolution of pteropods (a calcified zooplankter), as an indicator for ocean acidification. C-CAN is working to identify biological thresholds and indicator species that when monitored can give an indication of how the marine ecosystem is being impacted by ocean acidification. Pleschner-Steele highlights how crucial it is to partner with fisherpeople, saying, “It’s important to engage the fishermen and document what they’re seeing in the water.” As they keep collaboration at the forefront, C-CAN is continuing to advance their monitoring roadmap as they look ahead.
Today, there are six different Coastal Acidification Networks representing different regions of the country, and C-CAN is the only one directly initiated by industry members. The group continues to bring together industry members and scientists, along with federal, state, and tribal governments to address the impacts of ocean acidification to the West Coast. 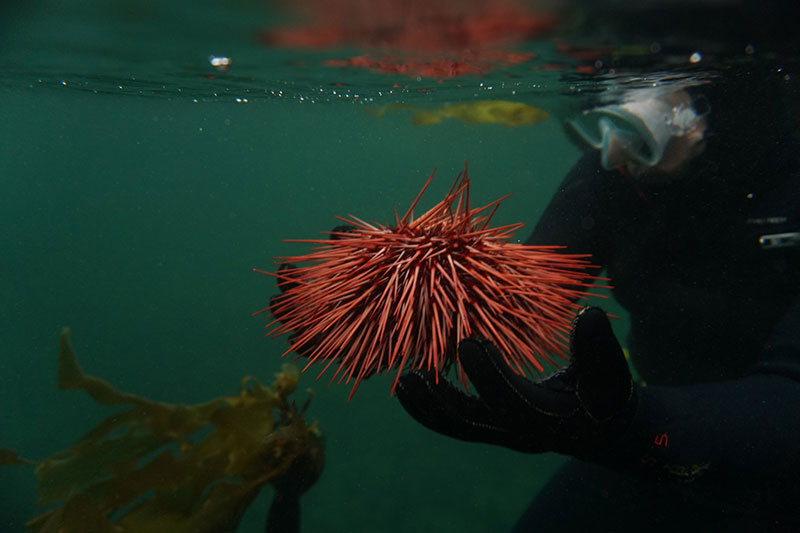