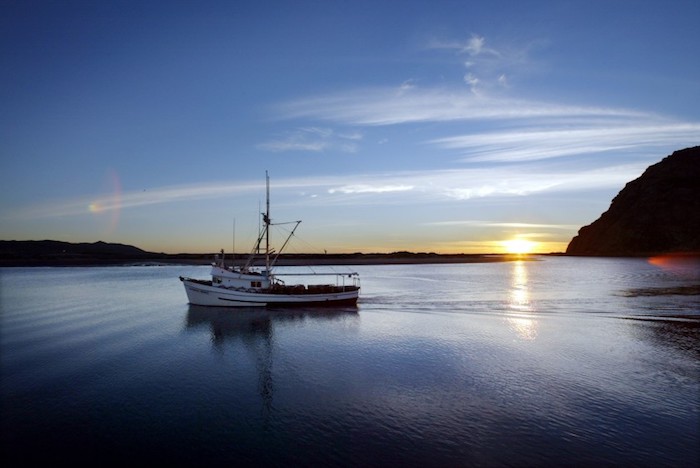 A commercial fishing boat heads out of Morro Bay. A study released Monday found that waters off the California coast are acidifying faster than the rest of the ocean. (Al Seib / Los Angeles Times)

Waters off the California coast are acidifying twice as fast as the global average, scientists found, threatening major fisheries and sounding the alarm that the ocean can absorb only so much more of the world’s carbon emissions.

A new study led by the National Oceanic and Atmospheric Administration also made an unexpected connection between acidification and a climate cycle known as the Pacific Decadal Oscillation — the same shifting forces that other scientists say have a played a big role in the higher and faster rates of sea level rise hitting California in recent years.

These findings come at a time when record amounts of emissions have already exacerbated the stress on the marine environment. When carbon dioxide mixes with seawater, it undergoes chemical reactions that increase the water’s acidity.

Across the globe, coral reefs are dying, oysters and clams are struggling to build their shells, and fish seem to be losing their sense of smell and direction. Harmful algal blooms are getting more toxic — and occurring more frequently. Researchers are barely keeping up with these new issues while still trying to understand what’s happening under the sea.

Scientists call it the other major, but less talked about, CO2 problem.

The ocean covers more than 70% of the Earth’s surface and has long been the unsung hero of climate change. It has absorbed more than a quarter of the carbon dioxide released by humans since the Industrial Revolution, and about 90% of the resulting heat — helping the air we breathe at the expense of a souring sea.

Here in California’s coastal backyard, some of the nation’s most economically valuable fisheries are also the most vulnerable. Scientists for years have worried that the West Coast would face some of the earliest, most severe changes in ocean carbon chemistry.

Many have noted how West Coast waters seemed to acidify faster, but there was little historical data to turn to. Ocean acidification has become a field of research only in recent decades, so information has been limited to what scientists have since started monitoring and discovering.

This study, published Monday in the journal Nature Geoscience, came up with a creative way to confirm these greater rates of acidification. Researchers collected and analyzed a specific type of shell on the seafloor — and used these data to reconstruct a 100-year history of acidification along the West Coast.

“This is the first time that we have any sort of record that takes it back to the beginning of the [last] century,” said Emily Osborne, a NOAA researcher and lead author of the study. “Prior to this, we didn’t have a time series that was long enough to really reveal the relationship between ocean acidification” and these climate cycles.

The study analyzed almost 2,000 shells of a tiny animal called foraminifera. Every day, these shells — about the size of a grain of sand — rain down onto the seafloor and are eventually covered by sediment.

Scientists took core samples from the Santa Barbara basin — where the seafloor is relatively undisturbed by worms and bottom-feeding fish — and used the pristine layers of sediment to create a vertical snapshot of the ocean’s history. 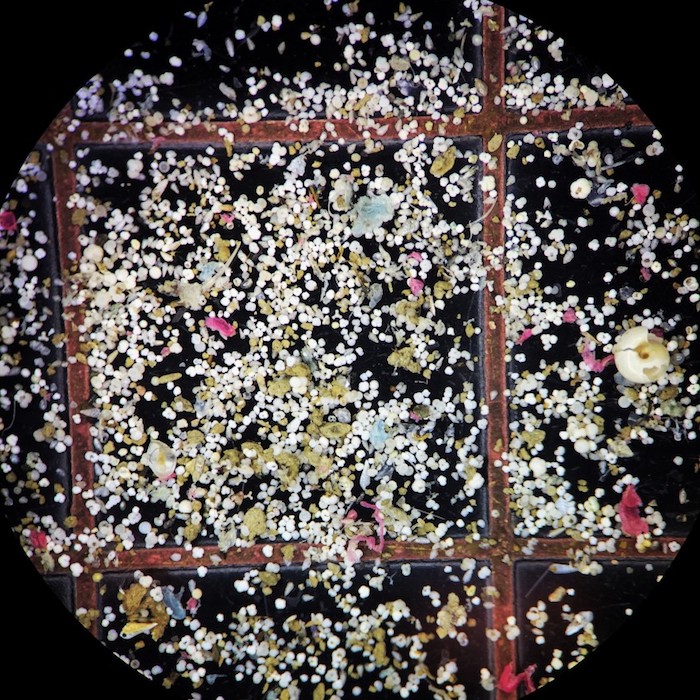 The more acidic the ocean, the more difficult it is for shellfish to build their shells. So using a microscope and other tools, the research team measured the changes in thickness of these shells and were able to estimate the ocean’s acidity level during the years that the foraminifera were alive.

“We can read the deposits like pages in a book,” said Osborne, a scientist for NOAA’s Ocean Acidification Program. “In Santa Barbara, there are just beautifully preserved laminated records of the seafloor that allow us to generate these high-resolution reconstructions.” 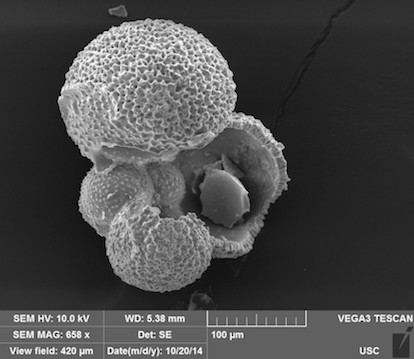 Using these modern calibrations, the scientists concluded that the waters off the California coast had a 0.21 decline in pH over a 100-year period dating back to 1895 (the lower the pH, the greater the acidity, according to the logarithmic pH scale of 0 to 14 ). This is more than double the decline — 0.1 pH — that scientists estimate the ocean has experienced on average worldwide.

From these records, Osborne could see clear changes whenever El Niño or other climate cycles shifted the ocean’s chemistry more dramatically. The data revealed an unexpected connection to the Pacific Decadal Oscillation, a warming and cooling cycle involving strong winds that pull warmer surface water on or offshore. The swings in upwelling of more nutrient- and carbon-rich waters alleviated or amplified the acidification.

This climate pattern has already been connected to shifts in sea level rise and other effects along the West Coast. More data and better understanding of these connections will help scientists adjust their models as they project what to expect in the future.

So there’s this bottom-up pressure from the oscillation, as well as the top-down stress of carbon dioxide from the atmosphere getting absorbed by surface water, Osborne said. “This makes the extremes even more extreme. It’s like a double whammy for this region of the world.”

Restoring the ocean’s kelp forests and other marine vegetation will help sequester some of this carbon, but ultimately, how much worse this all gets depends on the choices people make in the next decade. Efforts to rein in human-produced greenhouse gases play a significant role in temperature, wind patterns, acidification and how fast the sea will rise.

“While the ocean has served a very important role in mitigating climate change by absorbing CO2 from the atmosphere, there’s a capacity at which the ocean can’t absorb anymore,” Osborne said. “From this study, and so many other published studies, there’s no question that the answer is to curb our carbon emissions.”