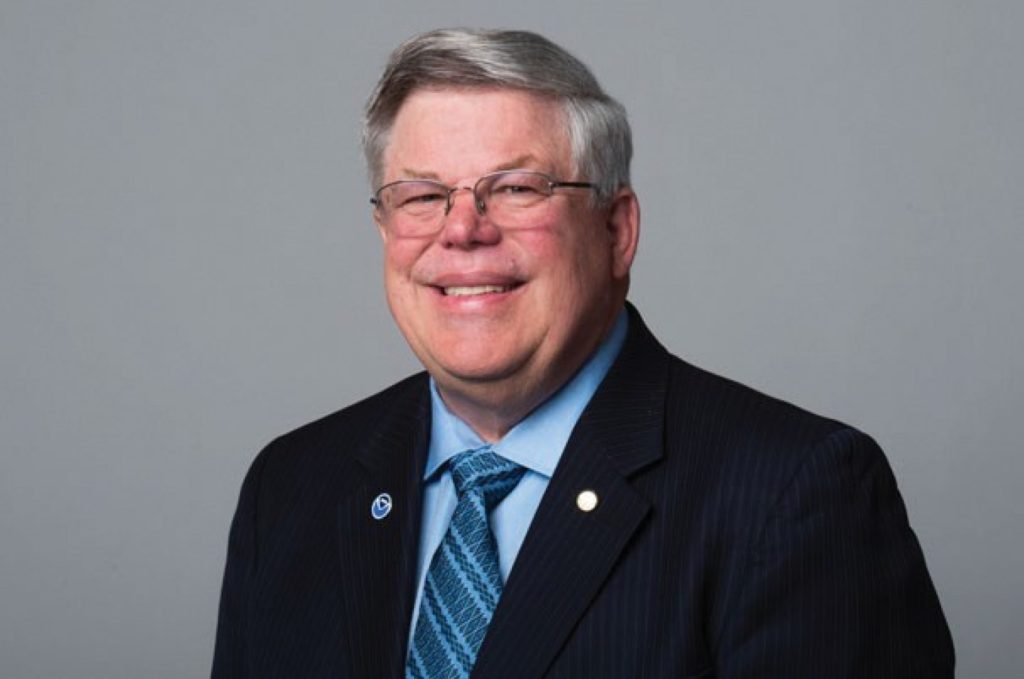 Every day, the oceans absorb 22 million tons of carbon dioxide emissions, acidifying the water and threatening the marine ecosystem and the welfare of coastal communities and businesses tied to the health of the sea.

Richard Feely, a senior scientist at the National Oceanic and Atmospheric Administration, has done pioneering research demonstrating the ecological damage to the oceans and sea life from carbon dioxide released into the atmosphere from human activity. He has made policymakers aware of the consequences, helped contribute to federal legislation and created an international observational network to track the effects of these emissions on the oceans, coastal areas and estuaries.

“Richard Feely has been a tireless leader and advocate for the recognition of ocean acidification as an ecological problem of global significance and of potentially catastrophic economic consequences,” said Dennis Moore, the leader of the Ocean Climate Research Division in NOAA’s Pacific Marine Environmental Laboratory.

After more than 1,000 days at sea on more than 50 scientific expeditions, Feely, based in Seattle, has found that an increase in carbon dioxide emissions from power plants, factories and agricultural activities has dramatically changed the biology and chemistry of the oceans.

He has predicted that if this trend continues, the acidity of the world’s oceans will double by the end of the century and severely affect the marine environment.

Feely has “significantly raised the bar by connecting our human actions to how the planet responds,” said Keith Phillips, a special assistant on climate and energy for Washington State Gov. Jay Inslee. “He has worked hard to make information understandable to policymakers and the public.”

Feely’s breakthrough studies found that under some conditions, acidified water “eats away,” or corrodes, calcium carbonate minerals that organisms, such as oysters, clams, scallops, lobsters, crabs, shrimp and sea urchins, rely on to build their protective armor of shells and exoskeletons.

He also discovered that shellfish along the West Coast of North America are already experiencing significant biological effects, and the increased acidity worldwide could adversely affect coral reefs and many species of fish.

As a chemist, Feely understood how the overload of carbon was changing the fundamental chemistry of the ocean, and he applied that information to show how this affected marine organisms and hurt their ability to thrive. “He put the two pieces together,” said Christopher Sabine, director of NOAA’s Pacific Marine Laboratory. “He created a whole new field of study.”

It is extremely difficult to introduce a new area of research, Sabine said. “Prior to Feely’s research, the understanding was that ocean acidification was not a concern. People thought marine pollution from runoff such as fertilizer and from overfishing were the key issues,” he said.

Within the scientific community, Feely’s “ability to make very high quality, very precise measurements is one of the reasons there is great respect for this work,” said Scott Doney, senior scientist at the Woods Hole Oceanographic Institution. “He keeps breaking the mold. He’s the one defining what the next challenge is and what we need to be working on.”

His work and testimony before Congress provided a foundation for the 2009 passage of the Federal Ocean Acidification Research and Monitoring Act, which established a national research and monitoring program on ocean acidification at NOAA and called for the development of strategies to conserve ecosystems at regional and national levels.

In 2012, Feely helped create an international research group, the Global Ocean Acidification Observing Network, to improve the understanding and impact of ocean acidification. He also devised programs to monitor CO2 concentrations off the coast of Washington state and to assess the effect on shellfish in the region. Armed with this information, shellfish hatcheries in the state can now determine when it is safe to take sea water from the ocean for use and when it’s too acidic.

“He helped the governor’s office understand how changes in our estuaries were partly due to local carbon emissions,” Phillips said, “He took broader global issues and brought it back home. He identified how to eliminate the local contribution to the problem.”

Feely has worked at NOAA’s Pacific Marine Environmental Laboratory for the past 41 years. While much of his initial research began in local waters, his scientific projects have been global, and his mission has been to inform the public and policymakers about the current and looming dangers.

“One in every seven of us gets most of our protein from the sea. Because of that, food security is a major issue for our planet,” said Feely.

“We have a choice—continue to use fossil fuels or look for other sources of energy. We need to preserve our way of life and protect our planet. We need to think carefully because losses of critical species will result in major changes in the way we live.”

This article was jointly prepared by the Partnership for Public Service, a group seeking to enhance the performance of the federal government, and washingtonpost.com. Go to the Fed Page of The Washington Post to read about other federal workers who are making a difference. To recommend a Federal Player of the Week, contact us at fedplayers@ourpublicservice.org.