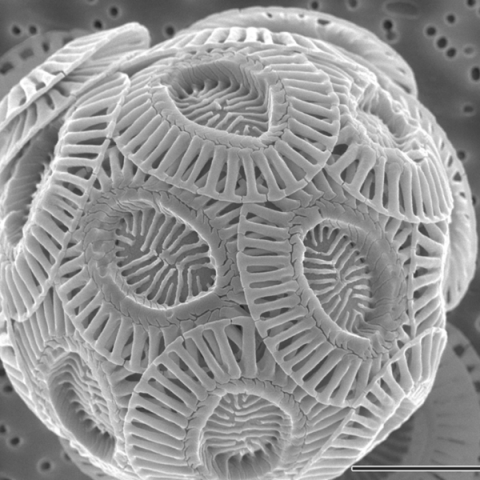 What’s going on with the oceans and what can we do?

As carbon dioxide (CO2) rises in our atmosphere, the oceans absorb roughly a quarter of the amount. This lowers the pH level in the seawater, making the oceans more acidic. How this affects life in and out of the sea is continually studied.

This week, ocean acidification is the topic of several scientific papers. We thought we’d highlight a few of them here.

Nature Climate Change has two papers—one about the affect of acidification on several different species, and the other on how ocean acidification causes even more global warming.

For the first paper, German researchers surveyed previous studies that dealt with the consequences of ocean acidification for marine species from five animal taxa: corals, crustaceans, mollusks, fish, and echinoderms. By the end, they had compiled a total of 167 studies with the data from more than 150 different species.

Their findings? Different species are affected in different ways and to different extents, but all species are negatively affected by ocean acidification. “Our study showed that all animal groups we considered are affected negatively by higher carbon dioxide concentrations. Corals, echinoderms, and mollusks above all react very sensitively to a decline in the pH value,” says lead author Astrid Wittmann, of the Alfred Wegener Institute.

The second study demonstrates that the negative effects of ocean acidification aren’t just limited to marine life. The authors discovered that rising ocean acidity has the potential to amplify climate warming in general, through the decreased production of a biogenic sulfur compound.

Phytoplankton in the ocean produce dimethyl sulfid (DMS). As DMS is released into the air, it creates atmospheric sulfur—which increases the reflectivity of the atmosphere to incoming radiation, reducing surface temperatures. Warming acidic oceans means the phytoplankton produce less DMS, causing an even warmer planet.

In addition to the Nature papers, Philosophical Transactions of the Royal Society B has an ocean acidification-themed issue this week, with nine papers studying its effects. The papers describe three distinct effects on marine life due to ocean acidification: species interactions, decreased ecosystem functions, and adaptations. Andrew Revkin has a great summary of them on his Dot Earth blog in the New York Times.

“It’s great that some of these papers are looking at entire ecosystems,” says Aaron Pope, the Academy’s sustainability manager who works tirelessly to communicate ocean acidification issues. “There’s been lots of research in the past on individual species impacts, but data on entire natural systems was missing. Now we can start to talk about what will really happen in marine ecosystems as ocean acidification gets worse.”

One paper of the group (from local researchers at San Francisco State University) looks at tiny coccolithophores. These single-celled algae are able to sequester oceanic carbon by incorporating it into their shells, providing ballast to speed the sinking of carbon to the deep sea. The little organisms are central to the global carbon cycle, a role that could be disrupted if rising levels of atmospheric carbon dioxide and warming temperatures interfere with their ability to grow their calcified shells.

This paper might provide a bit of hope among the rest: “At least in this experiment with one coccolithophore strain, when we combined higher levels of CO2 with higher temperatures, they actually did better in terms of calcification,” says co-author Jonathon Stillman, of SF State.

Here’s to hoping that all of these papers findings will create more awareness of ocean acidification that will lead to more solutions.