SEATTLE — Rescuing shellfish from the rising acidity in Puget Sound will require a wide-ranging response:

Those are among the recommendations in a long-awaited report on ocean acidification that was delivered today to Washington Gov. Chris Gregoire by a blue-ribbon panel.

At a media event to unveil the report, the governor announced she would put $3.3 million toward the creation of a new center at the University of Washington to study ocean acidification. The money will come from the state taxes and fees on timber sales, shellfish harvests, and hazardous waste.

The study delivered to Gregoire is the most comprehensive blueprint yet produced for policymakers seeking ways to preserve aquatic life under threat from ocean acidification.

Oceans are becoming more acidic in part because of burning fossil fuels. About one-quarter of the carbon dioxide released in the atmosphere gets taken up by the ocean, according to Richard Feely, the lead scientist on Gregoire’s blue-ribbon panel on ocean acidification.

Puget Sound has some of the world’s most corrosive waters. Scientists are finding that marine waters in the Northwest have become so corrosive that they are eating away at oyster shells before they can form. The report estimates that in Puget Sound alone more than 30 percent of marine species are vulnerable to ocean acidification.

“This is something we really need to address. The protein from the ocean provides food for billions of people within our planet. We need to appreciate the significance of this. And address it,” said Feely, who is one of the world’s top researchers on ocean acidification and a scientist with the National Oceanic and Atmospheric Administration. It’s not just scientists who are coming to grips with the ways increased acidity makes it harder for shelled organisms to calcify.

The Northwest’s shellfish industry is the first to feel the effects of the global phenomenon called ocean acidification. Back in 2005, shellfish hatcheries in Washington and Oregon began seeing larval oysters dying by the billions. They connected with scientists who did some testing and found out that the water coming into the hatcheries was becoming so corrosive that it was eating away at the oyster shells before they could form.

“This is the first place these deep, corrosive waters are coming to the surface. We’re an industry that relies on calicifiers, so we’re the first to see the affects and to scream about it,” said Bill Dewey, another member of Gregoire’s ocean acidification panel and the public policy and communications director at Taylor Shellfish. Most of the report’s 42 recommendations focus on finding ways to better monitor Puget Sound’s acidity change, expanding research, and raising public awareness of what rising acid levels in Puget Sound are doing to shellfish. The panel also identified actions that might offset the corrosive effects of Puget Sound water on shellfish that grow there:

Puget Sound’s shellfish industry is eager for solutions. And political leaders are sensitive to their concerns, given that it’s a $270 million-per-year enterprise that supports 3,200 jobs. That makes Washington home to the largest shellfish farming industry in the country.

The Sound’s oysters, clams and mussels are also a source of Northwest pride — and for Shina Wysocki, they’re a family legacy. The oysters grown at her family’s Chelsea Farms near Olympia, Wash. are known as “Chelsea Gems.” They average around 3 inches long. They’re perfectly cup-shaped and ready for decadent displays at oyster bars in Manhattan, Las Vegas, and beyond.

What’s her family’s secret to raising the perfect Pacific oyster?

“We think our water tastes great here and that makes our oysters taste great,” she says.

But Chelsea Farms can only raise oysters if they can purchase oyster larvae, known as oyster seed, from hatcheries. And oyster seed production in the Northwest has plummeted in recent years by as much as 80 percent.

The role played by ocean acidification is clear in Wysocki’s mind — even if she isn’t a trained scientist.

“Ocean acidification is this huge problem and there are so many things,” she said. “It’s the currents. It’s the carbon dioxide. It’s the aragonite — most of which I only understand a tiny fraction of — but what I do understand is when the nursery calls on the phone and says there’s no oyster seed to ship. We don’t have any.”

How it works: The recipe for a sour Puget Sound starts with carbon dioxide. Combined with ocean water, it forms carbonic acid. Add enough and it makes the water so corrosive it eats away some organisms’ still-forming shells.

Where it comes from: Some of that CO2 is coming from fossil fuel that gets burned — anywhere from power plants in China to your car’s tail pipe. And some of it comes from algae.

Why it’s worse in Puget Sound: That algae occurs naturally. But algae blooms in abundance where farming runoff, leaky septic tanks and wastewater outflows add nutrients to the water. Those algae blooms sink to the bottom. From there, they can add to water’s acidity.

Feely, the blue-ribbon panel member and NOAA scientist, has been tracking the changing ocean chemistry since the 1980s and he’s discovered that the oceans are already 30 percent more acidic than they were at the start of the Industrial Revolution in the 1700s. Recent models project that in the coming decades, levels of pH will continue to drop by .3 to .4 pH units.

“This would be a 100-to-150 percent increase of the acidity of the oceans by the end of the century,” Feely said. “This is a very dramatic change that has not been seen in the world’s oceans for more than 50 million years.” The change is happening so quickly that scientists worry marine animals won’t have time to adapt. “There’s never been any time in the history of the planet that we know of that CO2 has increased as quickly as it is right now,” said Paul McElhany, who leads the Ocean Acidification Laboratory at the NOAA Northwest Fisheries Science Center in Seattle.

“The animals that we’re focusing on are the ones that are economically and ecologically important and that we suspect might have vulnerability to changes in CO2 in the environment,” McElhany said. He’s trying to understand how the effects of acidification will ripple through the entire food web of the ocean.

“By the time we wait until we actually see those changes in the species abundance,” he said, “it will really be too late to do anything about it.” 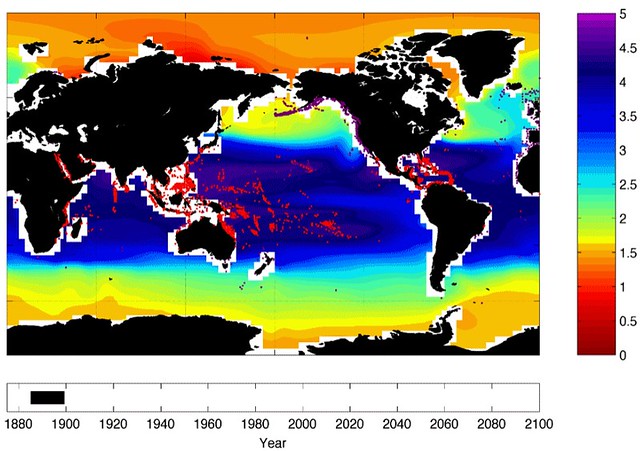 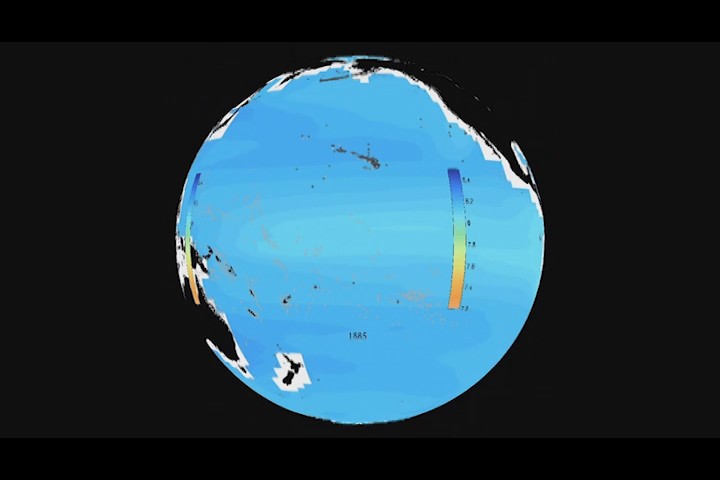