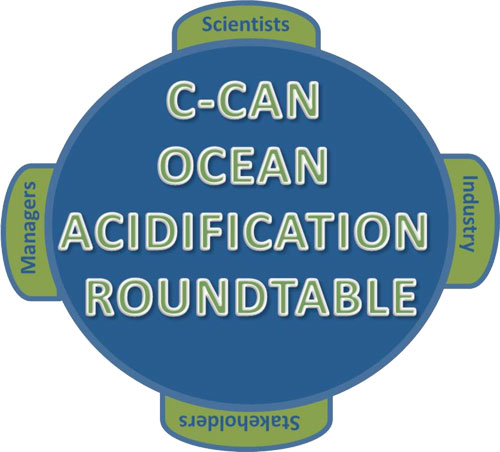 Abstract:
The Pacific oyster is the most widely farmed shellfish species worldwide and represents the backbone of a $250M/year shellfish industry in the Pacific Northwest United States (PNW). Oysters are highly fecund, capable of producing tens of millions of offspring per spawning event but larvae routinely suffer low rates of survival to juvenile stage. Over the past decade in the PNW, ocean acidification (OA) has additionally reduced survival of larval oysters, both for those spawned in commercial hatcheries for aquaculture operations and, likely, in naturalized oyster populations in this region. A considerable amount of research has focused on the physiological impacts of low pH/high pCO2 seawater on shell formation and the early development of oyster larvae but relatively little, by contrast, is known about the chronic effects of  acidified seawater on larval development and survival through to settled juvenile ‘spat’. Furthermore, the effect that larval development and survival in acidified seawater has on the genetic composition of oyster larvae is largely unknown.

This webinar will focus on recent work investigating the genetic components of larval oyster survival, both in ‘normal’ and OA seawater conditions. This work combines broad, stock-based, comparisons of larval fitness through settlement stage from domesticated and ‘wild’ stocks of oysters in the PNW, along
with highly resolved temporal patterns of genetic change during larval development. By integrating the results from several scopes of investigation, we can begin to gain a more comprehensive view of the prominent role that genetics play in determining not only the overall survival rates of oyster larvae but how complex mechanisms of genetic selection also may accommodate an increased adaptive potential for this species to persist in challenging aquatic environments.

Reserve your Webinar seat now at:
https://washington.zoom.us/meeting/register/48f3244ea206cd94d746f627e8486654
After registering you will receive a confirmation email containing information about joining the Webinar.
Following the presentation there will be a few short informational announcements relevant to the C-CAN community. Please forward this invitation to interested colleagues. We look forward to seeing you at this event! More info on C-CAN and our webinar series can be found here.